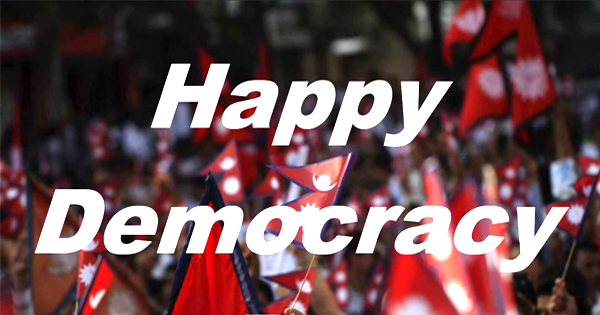 Democracy day which is called “ Rashtriya Prajatantra Diwas” in Nepali is observed every year on Falgun 7. This day takes back to the Rana Dynasty, the day when Rana rule was overthrown after hundred years of strict ruling. Democracy day is celebrated as a public holiday to all the employees in Nepal. This day is specially taken as an important commemoration in the history of Nepal since the long-ruling of Rana Regime. During the Rana rule, people experienced a life full of nightmares. The people didn’t have an access to many opportunities while the royal were enjoying the abundance that they had in the high post. In 1951, popular uprising succeeded in overthrowing the Rana Rule. Since that day onwards, Falgun 7 is referred as the democracy day-Prajatantra Diwas in Nepal. During this period, we remember the great heroes of the Past who took a great courage in making this Nepal fair and democratic. Every year during democracy day, people celebrates many activities and worships to pay respect and honor to the heroes of their democracy. This day is an honor of the Late King Prithvi Narayan Shah, the great king who led the country in achieving freedom from the Rana Regime. During this period, People in Nepal engage in numerous rallies and the military marching is done by Nepal’s Armed force in the town of Tudhikhel. The high officers and the president will attend this special occasion and besides many cultural programs will be performed.