Virtual reality (VR) is a computer-generated scenario that simulates a realistic experience. The immersive environment can be similar to the real world in order to create a lifelike experience grounded in reality or sci-fi. Augmented reality systems may also be considered a form of VR that layers virtual information over a live camera feed into a headset or through a smartphone or tablet device. 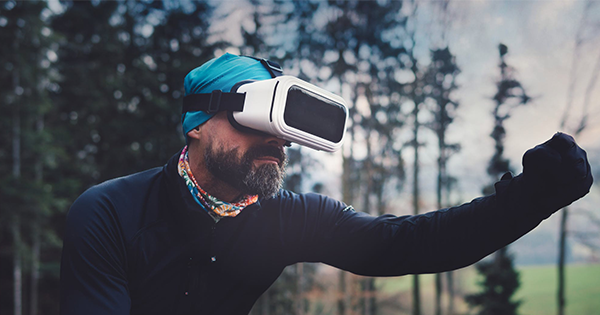 Current VR technology most commonly uses virtual reality headsets or multi-projected environments, sometimes in combination with physical environments or props, to generate realistic images, sounds and other sensations that simulate a user’s physical presence in a virtual or imaginary environment. A person using virtual reality equipment is able to “look around” the artificial world, move around in it, and interact with virtual features or items. The effect is commonly created by VR headsets consisting of a head-mounted display with a small screen in front of the eyes, but can also be created through specially designed rooms with multiple large screens. 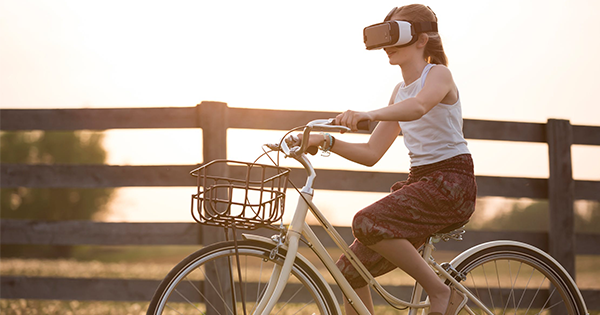 VR systems that include transmission of vibrations and other sensations to the user through a game controller or other devices are known as haptic systems. This tactile information is generally known as force feedback in medical, video gaming and military training applications.
The Virtual Reality Modelling Language (VRML), first introduced in 1994, was intended for the development of “virtual worlds” without dependency on headsets. The Web3D consortium was subsequently founded in 1997 for the development of industry standards for web-based 3D graphics. The consortium subsequently developed X3D from the VRML framework as an archival, open-source standard for web-based distribution of VR content.

All modern VR displays are based on technology developed for smartphones including gyroscopes and motion sensors for tracking head, hand, and body positions; small HD screens for stereoscopic displays; and small, lightweight and fast processors. These components led to relative affordability for independent VR developers, and lead to the 2012 Oculus Rift Kickstarter offering the first independently developed VR headset.