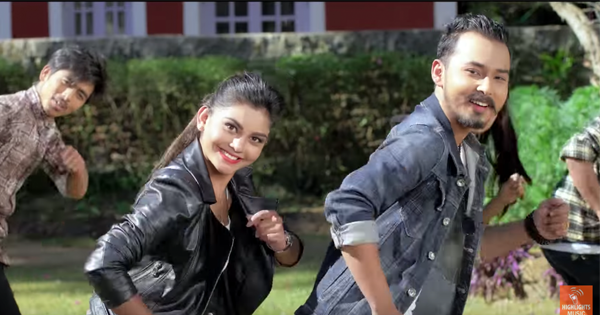 The song called “Mukha Chhopi” has been released by Singer Kiran Bhujel featuring Singer Junu Rai with their melodious voice. The song was written by Subodh Sudhakar Rijal, Music and arrangement by Anil Shahi, Programming by Bishan Manandhar, Mix/Master by Prakash KC (Dreams Studio). Whereas, Kiran Bhujel & Juna Sundas are starring in this music video which was directed by Director Mohan Raj Adhikari, choreography by Sandeep Bhujel , MUA by Sabita Sunuwar (Raani), Camera by Amrit Sunuwar and Edit by Madhab Belbase.

In addition, Singer Kiran Bhujel, is one of the talented contestant in Nepal Idol (Nepali reality television singing competition) and has been successful winning the millions heart. Some of his popular songs are “Barilai”, “Maya Maisanga”.